Does this sound familiar? You and your team spend a ton of time, resources, and energy on launching a new marketing initiative, like implementing new technology tool or revamping a website, only to see it not meet expectations or just plain fail- miserably. All that hard work, down the drain.

The plan can make perfect sense on paper, but it was rejected in practice- all because your team wasn’t all on the same page.

During this week’s Ask the #CMWorld Community livestream, CMI host Amanda Subler interviews CMWorld speaker Jenny Magic, strategy consultant and “marketing therapist” at Better Way To Say It to chat about how to implement a big marketing change by creating a compelling change roadmap for your team.

Key Takeaways from the interview:

Watch this interview then come hear Jenny Magic speak at Content Marketing World 2022. Jenny’s session is called “Fuel Marketing Transformation with Team Alignment.” You can read the full description here. You can check out the entire agenda here.

You can participate in the interactive Ask the #CMWorld Community livestreams most Mondays at Noon ET on LinkedIn, YouTube, Facebook or Twitter. Check out some of the past interviews in this playlist.

In your experience, why do people hate this change so much?

Well, it’s really interesting. The research shows that there are five reasons that people resist change and they’re really specific. Its purpose, workload, uncertainty trust and buy-in, and I’ll walk through each one of those. So, purpose is when they can’t answer what’s in it for me. Or why is this change important? They either don’t understand, or they don’t agree with the logic behind the change. Workload really just looks at their changes in their workload. They really just don’t have the time to either do the change or even mentally process the change, right? Third is uncertainty. So, they may be wondering is my job on the line. Who’s going to have more or less social capital after this change. They may also have prior experience with failed change. So, a lot of times when a new initiative comes along, no matter how shiny it looks, there’s that like uncertainty bubbling around, that’s definitely making them push back.

Number four is trust. This is where they really don’t promise, or they don’t trust the promise, support, or incentives that are, you know, as the change gets rolled out, the boss says, “don’t worry, we’re going to hire more help” or “you’re going to have support. You’re going to have resources.” But if in the back of their mind, they’re going, “yeah, right, you’re not going to do those things. And I’m going to be left responsible to do the extra work or responsible when this thing doesn’t work out” that can really lead to resistance in adoption. And number five is buy-in. If they weren’t included in the planning process, they’re just much more likely to resist that change. And in this case, they’re resisting you just because they weren’t included, not because they had specific feedback that would’ve changed the material decisions of the change. The interesting thing here is that resistance often comes from an emotional place rather than a logical one.

So, as you mentioned at the top of the intro, you know, a plan can make sense on paper, but if they’re not really bought in, then it doesn’t really matter. And often they’re going to reject the change with quiet non-compliance or subtle excuses. And those are tremendously difficult to deal with because they’re not in your face rejection, they’ll just sort of, of not showing up or not logging in or not do the little pieces of the work. And that leaves the change planners really stuck with no way forward, except for threats and punishment. And I don’t think any of us wants to get into a battle of wills with our team members, especially not right now. 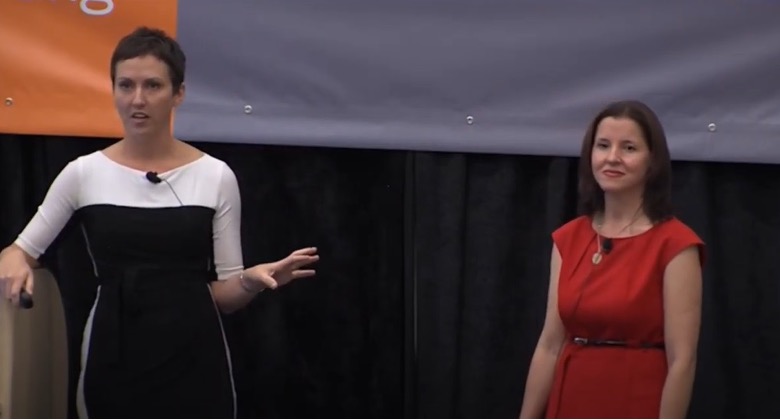 So, companies, brands, they spend all this time on this marketing initiative, and it fails. What usually causes it to fail and what mistakes are they typically making?

Yeah, I will talk about more of these at Content Marketing World, but the top three things, I think that sabotage change are misaligned goals. This is where, the main message is “do it for the company. It’s the right thing to do for the company.” But unless the organization is really excellent about profit sharing and other team-based incentives, most workers are just not motivated by improving the organization’s bottom line or executive bonuses, right? So, we really need to think about…this may be great for the company, but it really needs to translate into a goal that your individuals can get behind. Right? The second thing I think that really sabotages change is group speak. This is when a change is presented in a large organizational meeting or some other kind of group setting and everybody sort of nods along and the executive or the change leader is like, okay, they all agree we’re on board.

That definitely does not mean that everybody is on board there, there’s definitely some resistance baked into the back of their brains. And we need to figure out a way to understand and address that in a, in almost a person-by-person basis is what ends up happening. And then the third, and what I think is the biggest one is lack of team alignment. So, I define team alignment as having what researchers call psychological safety on the team. Do they speak openly and consider all perspectives? Is there a healthy attitude towards risk and failure? Are they genuinely willing to help each other reach shared goals? Teams that are good at changes, big and small changes, are working on these elements all the time and research shows that you’ll get tons of benefits in terms of employee retention and innovation as well. If you get better at this. So, this isn’t something just to think about when you’re going through a change, but if you can build that team alignment all throughout the process, your change is going to be a lot easier.

Amanda Subler (11:37):
This is all great, but I want to start this new in initiative. So where do I start? Is it with the training, or the communication? I mean, what should be like your first step? What does this roadmap kind of look like?

Absolutely. So obviously if buy-in is such a key part of removing resistance, the first and most important thing you can do is get their input when you’re deciding what’s going to change and how it’s going to change so that the purpose becomes their own. The best way I know how to do this is to really think about, pressure testing and pre-launching with key influencers before all the final decisions are made. If you’re thinking about change communications, in terms of launching the new initiative, launching the new website, launching the new project management tool, whatever the change is, you’re missing a really key step because we know some teams get hung up on who should know what, when, so they kind of go down the org chart, right? Like who is going to make the decision that this thing is a go and who’s going to have to do their work differently.

And those people may be consulted, but there’s large groups of people who have big influence on the success or failure of the process kind of sprinkled throughout the org chart. So, I tend to prefer throwing out the org chart, doing an influencer assessment where we’re trying to think about, who’s interested in this kind of change and how much influence do they have and high on that matrix. We’re going to want to have some confidential conversations so they can really talk about their concerns. And they can really help us acknowledge failures in past change, past transparency and trust failures. We can kind of in a one-on-one way, think about who is going to help us or hurt us when this thing goes live. And how can we have those conversations in advance? Often these are conversations that can be facilitated by an outsider, so that there’s a, a safe space for that to happen.

An outside consultant can come in and talk to folks who are going to navigate this change and they can share their honest truth. And then that person can roll up the concerns and feedback and themes. So, if you’re not trying to find ways to get honest, authentic feedback and buy-in, then, then that is definitely a key first step. The other important thing I would say is making sure you are removing items off their plate in equal proportion to what you’re adding. So, if we’re asking folks to spend time on an advisory committee or as part of a pilot project or thinking about how this change is going to impact their team or changing workflows or processes or whatever needs to happen for this change, just acknowledge that that takes time. Those are meetings they weren’t attending before. Those are thought processes that they have to sit down and spend time with. Those are people on their team that they’re going to have to bring along. And if we’re not thinking really clearly about what’s going to either be paused or removed from that person’s workload, if we’re just piling on, then it really, really is not… they’re not going to feel supported and they’re going to have a really hard time getting enthusiastic and energized about whatever the change is. If it just feels like an extra set of burdens on their plate. 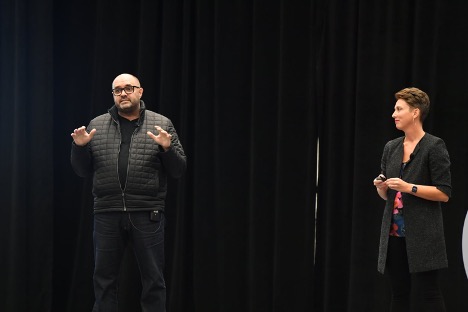 You say you can adapt familiar content marketing frameworks, like persona or customer journeys to your internal team to plan for greater success. So, can you kind of give an overview maybe of what else you are going to talk about at Content Marketing World?

Absolutely. So, the same tools that help us customize our marketing messages work beautifully in any sort of change in initiative. So really, we’re just thinking about our internal audience the same way we often think about our external audience. You know, frankly, we have to look at change as a campaign. This is a campaign to change behaviors and just like customers don’t buy, just because of features and benefits your staff isn’t going to change what they’re doing just because their boss says so, right? So, what is the change journey using journey mapping and personas, that we’re going to have to ask our internal team to go on, which groups of people are going to be more likely to adopt this change, which folks are going to be laggards or slow adopters. How are we going to communicate and train them differently? Identifying those groups who are going to respond similarly can help us streamline our planning, target messaging, and think about things like incentives and roll out timelines, according to where people sit in the organization and how the change is going to affect them. So very familiar tools, just maybe putting on a different hat when we use them.